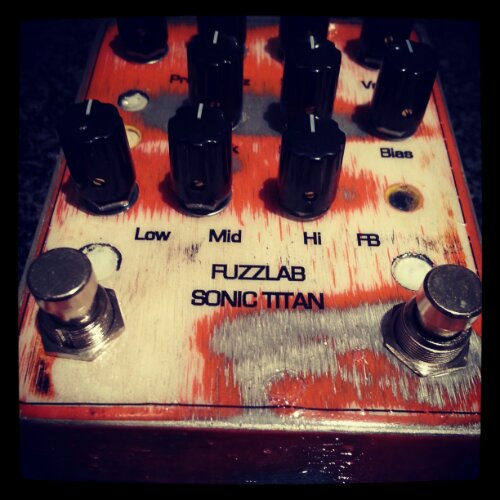 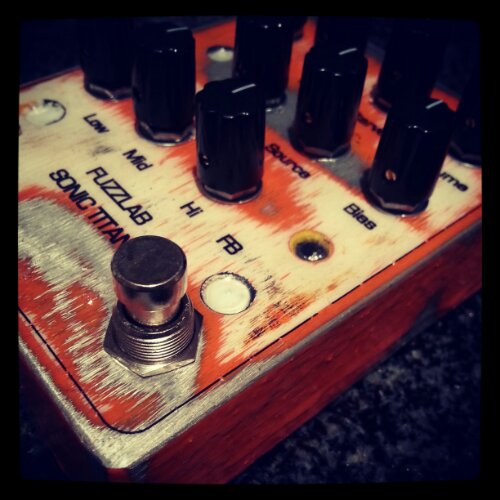 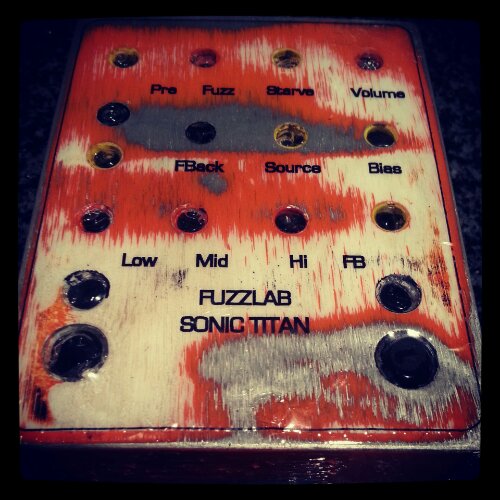 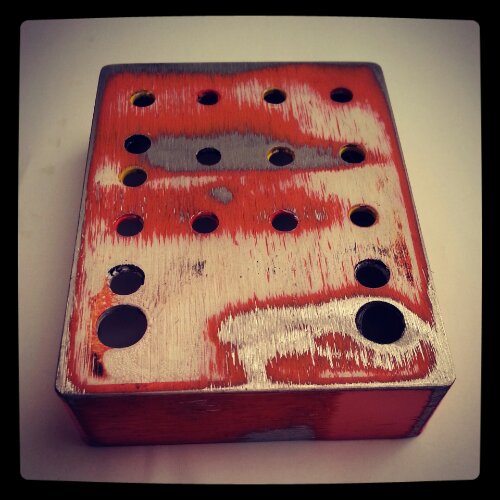 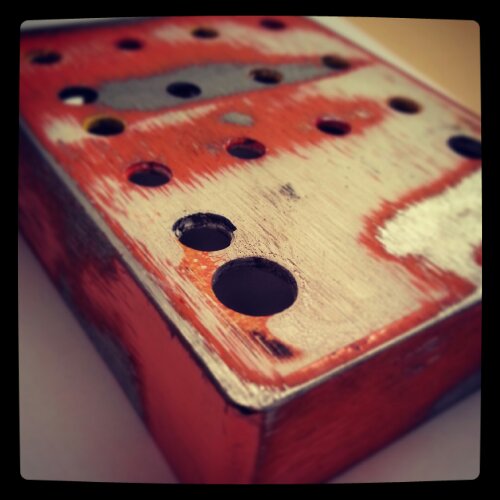 This was actually the SECOND pedal I ever started to build. It was first based on the Beavis Fuzzlab schematic and I found a PCB drawn up for it. After much effort I couldn’t get the silly thing to work and benched it for 2 years.

Later I decided to retry it but this time I bread boarded it until I had tweaked and modified the circuit how I liked. I then used Eagle to make ny own PCB with board mounted pots. Works great and very happy with it.

As to the enclosure, it took a couple of failed attempts resulting in a belt sander. The belt sander worked well!

Note: must still wire up the feedback circuit – the second footswitch.

This entry was posted in Uncategorized. Bookmark the permalink.